"Welcome to my GURPS Space site; these maps and other graphics are only for playing Space/Science Fiction type games. They are copyright and not to be used for other purposes. If you have them on your site, please remove them. Thank you."

"My maps are free. If you purchased them, you got scammed."
"Not for redistribution or resale. Hyperlinking from Pinterest or other such share sites is prohibited."

This will be my GURPS Space site.

I have the manual. I will be using the basic Traveller style maps from Fractal Terrains 3, and Cosmographer add-on for Campaign Cartographer 3+. UPP instead of UWP for planetary profiles.

This site will have planet maps made with Fractal Terrains 3 from Profantasy.com. A few character drawings using Character Artist 3. But don’t expect me to draw any by hand. I’m not an artist.


Sep 9 Added a Galaxy Map to show the areas I intend on mapping. Sep 7

No wordpress anything here. This is Textpattern. I check my logs.

Need to work on where each civilization calls home.

Fixed some broken graphics links. The maps should show now.

Tried finding info on GURPS Traveller UPP/UWP… scattered and seems to lack details. So my day of updating this site will be delayed until I can find accurate information on this.

All planet maps should be showing now, corrected paths to the graphic files.

I finally noticed I had Sectors then Columns on the maps. It should be Columns then Sectors. So I will be working on that for the next few days. And adding more planet maps.

Since I am rearranging some pages/articles, they will disappear and reappear as I move/update them.

I created more planets using Fractal Terrains 3. When I get time I’ll start making more sub-sectors and adding in planets with UPPs.

Fixed a hiccup in the navigation menus.

Added a new star ship. Overhead of Decks 1 and 2 of Wanderer. Only two maps so far.

I map showing the approximate locations of the two galaxy arms and the path between them I will be mapping. 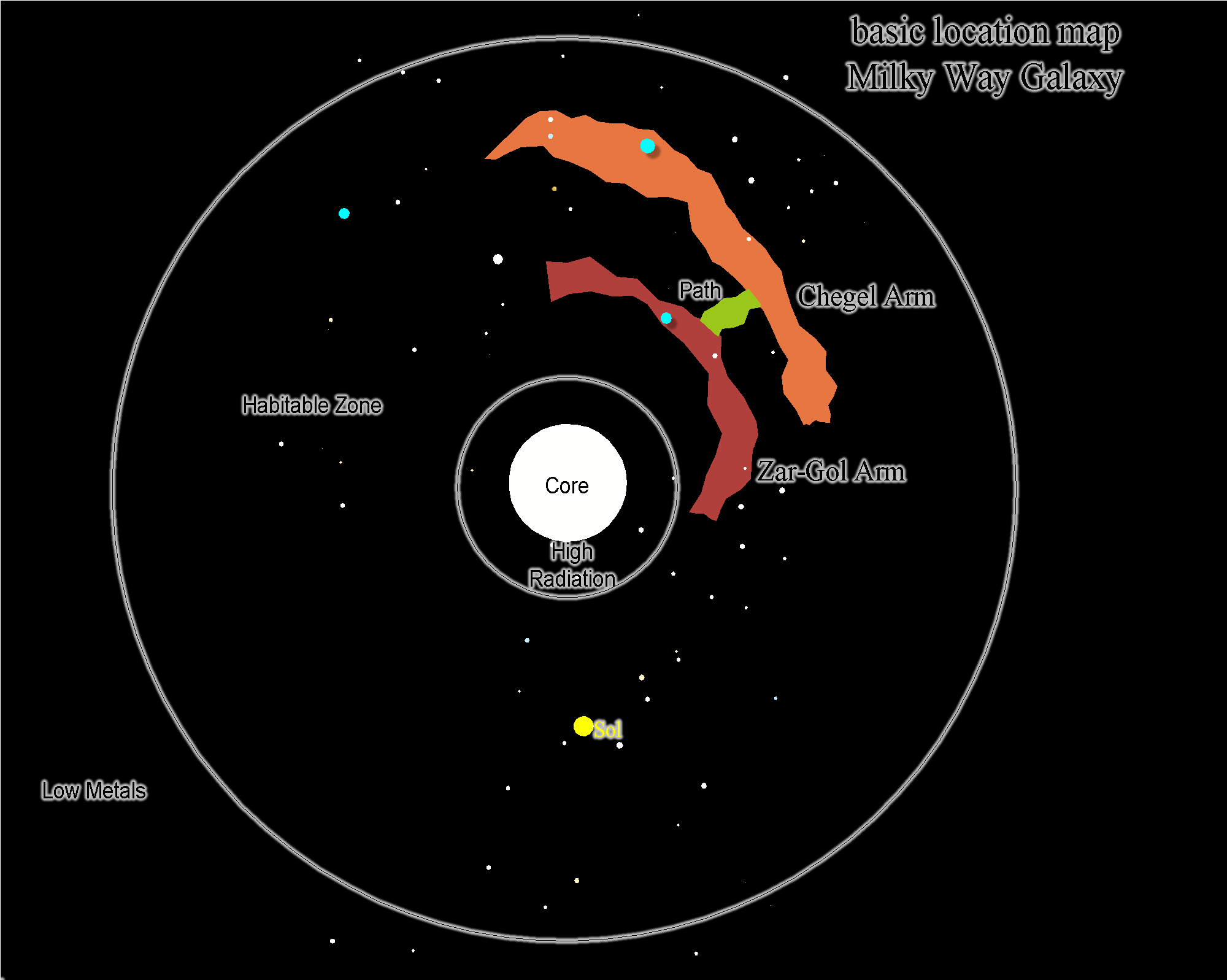 1) From reading the GURPS Traveller pdf I bought, I will likely just go with the standard Traveller mapping methods. GURPS Space doesn’t have Sector and sub-sector maps. The info I found, and asking on the Steve Jackson Games forums, is there isn’t a sector map method. A Cartesian mapping method is used instead.

2) Navigation menus have been added.

3) There will be 9 sectors per area. More will be added later. Two Galaxy arms and a path connecting them.

4) I have added a cartesian style map similar to the ones in the GURPS Star Atlas books.

5) I am a retiree, so updates here are as I have the time to do them.

This is a map based on similar maps in the GURPS Star Atlas series. According to posts on the forums at sjgames,com, most people feel this type of map is all they need.

Same planet names as elsewhere on this site. The links on this page go to each planet, they are in GURPS Traveller style UPP.

The planets on this map are not in the same locations as the Sector and Sub-Sector maps. 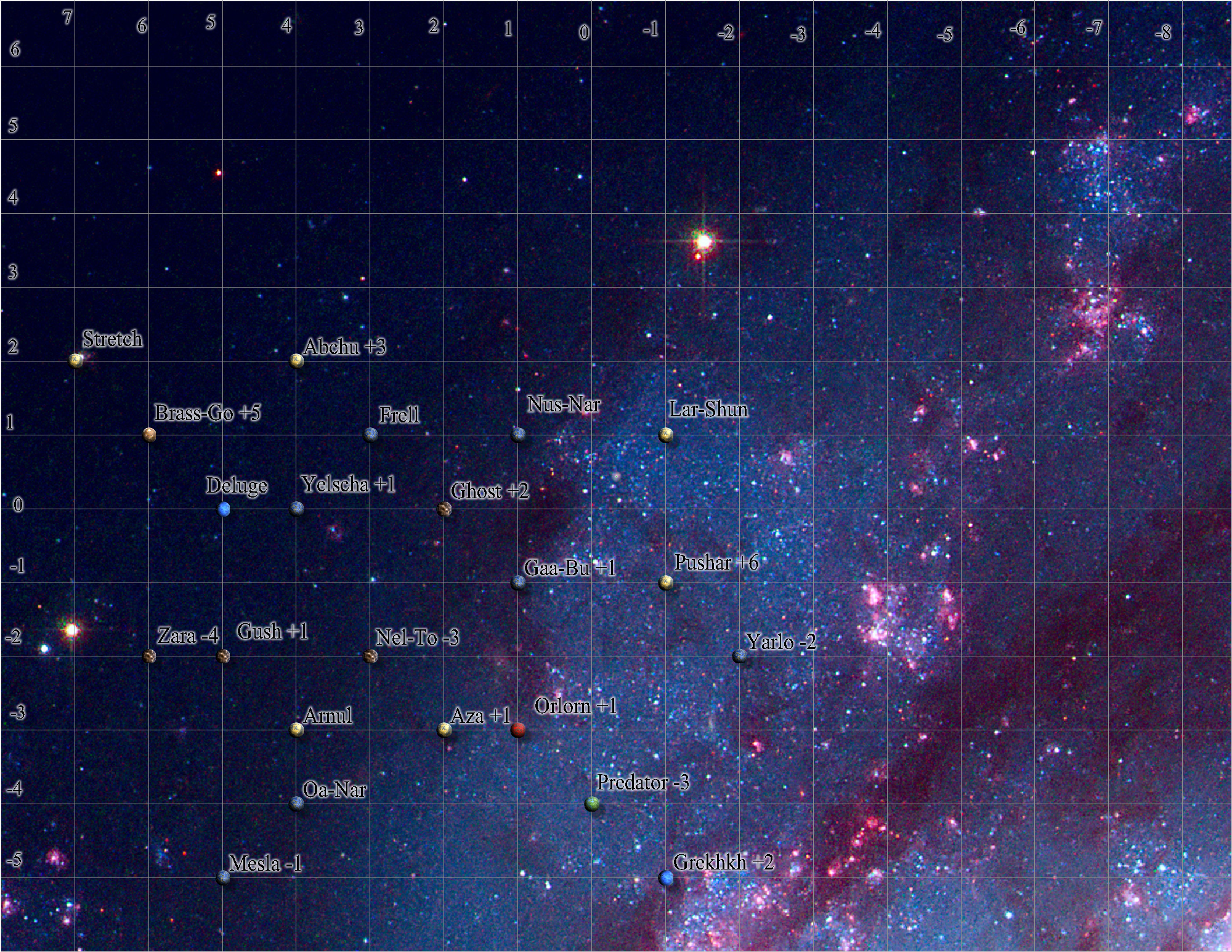